Did you know that Alzheimer’s disease affects some people more than others? In fact, compared to Whites, African Americans are 2 times as likely to develop Alzheimer’s disease, and Latinos are 1.5 times as likely. The reasons for this are complex, and to cover them, we’ve borrowed the expertise of our colleague, Jaime Perales Puchalt, Ph.D., MPH. Many thanks to Dr. Perales for writing our LEAP! blog post on dementia disparity this month.

Dr. Perales is an Assistant Professor at the KU Alzheimer’s Disease Center. His background is in psychology and public health. He has conducted research around the world, and his primary interest is understanding and reducing dementia disparities. He has developed a tool called “Envejecimiento Digno” to help educate Latinos in dementia and engage them in research. He has studied dementia disparities among diverse populations including women, people with low education access, LGBT people, Latinos, and African Americans. Like many of us, his family has been affected by dementia, which is the main reason he wants to contribute to eliminating it. Dr. Perales’ eagerness to reduce health disparities is fueled by his passion for health equality.

First, let’s cover some background information on dementia and how it affects the United States population. “Dementia,” as has been discussed in previous posts, is a term used to describe a group of diseases of the brain—usually chronic, where memory and thinking worsen to the extent that our lives are affected. Our ability to perform simple, everyday tasks, such as cooking a meal, driving to the store, or even holding a conversation with a friend is what suffers most.

The most common type of dementia is Alzheimer’s Disease (AD)—which is so common that many times even professionals will use dementia and Alzheimer’s interchangeably. However, we can’t forget about the nearly other hundred types of dementia, such as vascular, Lewy body, and frontotemporal dementia. Like AD, each of these types of dementia has its own set of potential causes and key signs and symptoms.

Dementia is one of the most impactful conditions of our time, affecting about one in 10 people age 65 or older, and almost half of those 90 or older. Dementia is the sixth leading cause of death in the United States and contributes to caregivers’ depression and anxiety. (Dementia caregivers are twice as vulnerable to mental health problems than caregivers of people with stroke and run a risk eight times higher than people who do not provide care for an adult.)

The cost of dementia care in the marketplace is in fact so high that it easily exceeds the cost of heart disease and cancer, which are the top two causes of death in the United States.

One key issue we don’t hear enough about is how ethnic and racial minorities are affected by dementia. According to the Merriam-Webster Dictionary, minorities are the part of the population that differ from others in some characteristics—in this case, ethnicity and race—and are often subject to differential treatment.

In case you’re unsure about the difference between ethnicity and race, here’s an overview. The Census Bureau defines race as a person’s self-identification with one or more social groups. An individual can report as White, Black or African American, Asian, American Indian and Alaska Native, Native Hawaiian and Other Pacific Islander, or some other race. Survey respondents may report multiple races. Ethnicity in the Census determines whether a person is of Hispanic origin or not. For this reason, ethnicity is broken out in two categories, Hispanic or Latino and Not Hispanic or Latino. Hispanics may report as any race (White, Black, American Indian, Asian, etc.). From now until 2030, older groups of ethnic and racial minorities will increase two to three times as much as Whites. Ethnic and racial minorities represented 22 percent of people 65 and older in 2012 and will represent almost 40 percent by 2050.

So, why are racial and ethnic minorities at higher risk of dementia and other health concerns? Several factors contribute to this complex issue. But, as we’ll discuss in later paragraphs, underrepresentation of minorities in dementia research prevents us from seeing the full picture. Let’s discuss a few of the factors that we do know.

First, given the historical adversity experienced by African Americans and Latinos, these groups often have a lower socioeconomic position than their White counterparts. In fact, according to the Census, while White US people make an average of $55k, the average income is $39k among Latinos and $32k among African Americans.

Third, lower income and discrimination often mean living in dangerous neighborhoods, higher stress levels, and having limited access to critical resources such as education, healthcare, and healthy food. As a result, this limited access ultimately increases the risk of well-known risk factors for dementia—ability to read and write, vascular health, chronic stress, and depression. For example, while 42 percent of Whites have an associate degree, this percentage is lower among African Americans (31 percent) and Latinos (22 percent).

While many people think of genetics when they think of ethnic and racial groups, we need to caution that there is no evidence that the groups we commonly call “races” have distinct, unifying genetic identities. In fact, according to biological and social sciences nowadays, race is a social construct, not a biological attribute.

However, the scarce research on the topic shows that the best known AD gene—APOE e4—increases the risk of AD among people of different races and ethnicities, but other genes such as CLU, CR1 and PICALM only increase AD risk among Whites. The reasons for these differences are unknown, and we need more research in this area to better understand it.

Researchers are increasingly interested in understanding disparities in dementia risk among ethnic and racial minorities. The little research available suggests that African Americans are twice as likely to develop dementia than Whites, while Latinos are 1.5 times more likely.

Better understanding the reasons behind this is crucial in our efforts to reduce dementia risk. But, we can’t learn more about it without better racial and ethnic representation in dementia research. Historically, dementia trials in the United States have recruited almost exclusively White participants. Now, the National Institutes of Health have started funding efforts to represent these minorities in dementia trials.

These efforts are important for two reasons. First, and perhaps the most obvious, is fairness. Ethnic and racial minorities deserve to be represented in research as much as any other U.S. citizen.

Second, some aspects, such as having a more diverse genetic pool, may be key to finding a cure for dementia and Alzheimer’s. We simply can’t accomplish comprehensive AD research without adequate representation from all who are affected by it.

As an analogy, think of an elephant that several blind individuals are trying to describe by touching it. The more parts of the elephant they include in their analysis, the easier it will be for them to conclude it is an elephant.

For this reason, we at the University of Kansas Alzheimer’s Disease Center (KU ADC) are working hard to increase the representation of ethnic and racial minorities in our research. During these last two years, our researchers have built close relationships with community, senior, and religious centers as well as local newspapers, radio, and TV stations to educate and engage the Latino and African American communities in Kansas City.

Drs. Perales and Shaw at the KU ADC have worked together with the Latino and African American communities to develop dementia educational tools that are culturally and linguistically tailored to those communities. These educational tools have proved to increase dementia knowledge and participation in research. In fact, we have published these successful experiences in peer-reviewed scientific journals (see paper 1 and 2).

As a result, in only a few years, we have turned our memory assessment study that was formed by almost exclusively White participants into a sample that represents the background of our community (about 15 percent ethnic and racial minorities). However, we still have plenty of work to do. We also need to increase the representation of minorities in clinical trials to make it easier to find a cure someday—a cure for all of us.

Please consider joining our research studies by calling us at 913-588-0555 or visiting our website at www.kualzheimer.org. Feel free to share this information with family and friends so that they can participate, too. Every participant matters in our mission to end dementia. 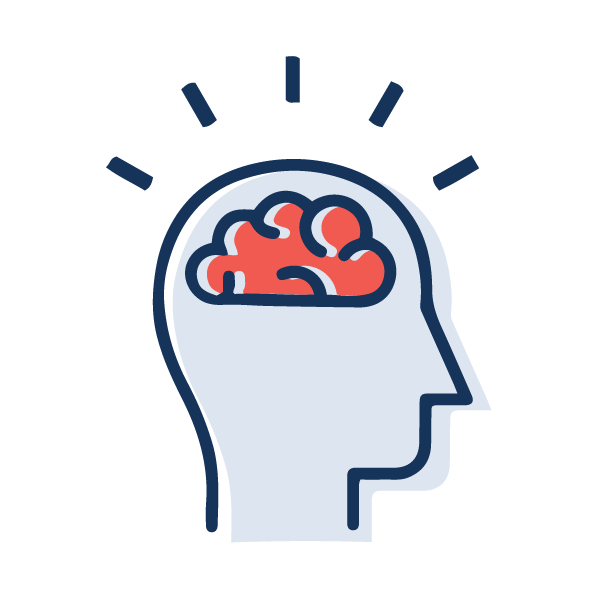 We're brain scientists in Fairway, KS with a passion for finding ways to prevent and cure Alzheimer's disease. Our LEAP! team's mission is to translate the best research into actionable strategies for your daily life.