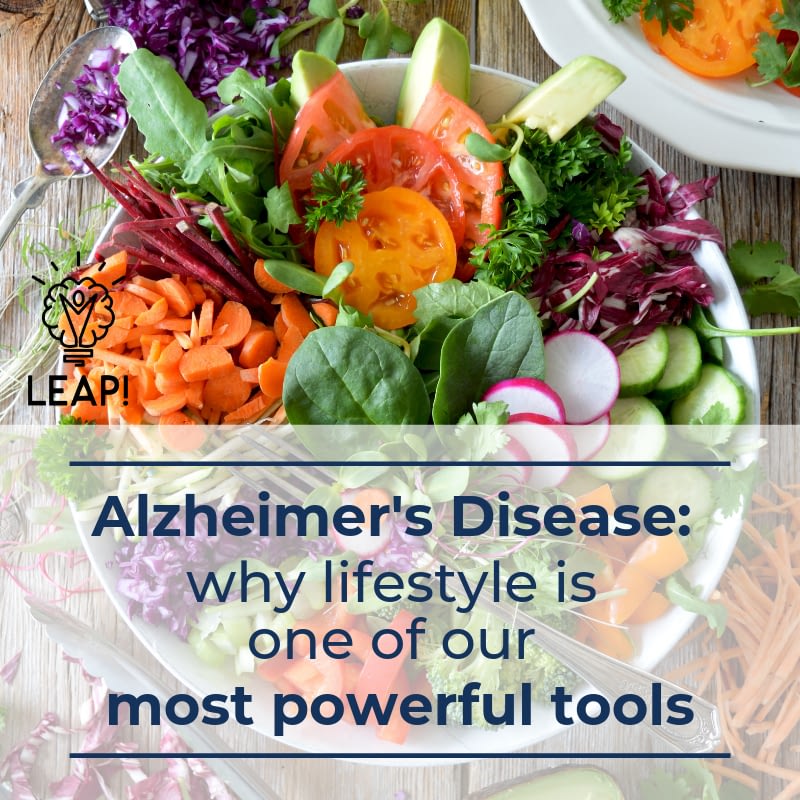 Nearly every person who reads this post has been or will be touched by Alzheimer’s disease in some way. The memory and thinking changes that occur with Alzheimer’s can be devastating, and many of the world’s most brilliant scientists have devoted their lives to finding a cure. The truth is that Alzheimer’s is very, very complicated. While we understand much more than we used to, there’s still a lot to learn. Thankfully, we have more hope than ever.

Here are some things we do know about Alzheimer’s disease:

1. Dementia is not a normal part of the aging process.

Yes, you read that right. Dementia is not part of normal aging. While some increased forgetfulness is certainly normal, the changes that occur with dementia are not.

Dementia is an umbrella term for several brain illnesses that cause memory and thinking changes that interfere with typical, daily function¹. Symptoms of dementia may include forgetting how to do everyday tasks (e.g. making a cup of coffee), increased difficulty with problem-solving, or confusion with place and time.

Forgetting where you left your keys every now and then is completely normal. However, if you are unsure whether or not you may be experiencing abnormal memory and thinking changes, please discuss this with your doctor.

While it may not be a normal part of aging, Alzheimer’s risk certainly does increase with age. At 65, our risk for developing Alzheimer’s is 1 in 9. And by age 85, 1 in 3 individuals live with Alzheimer’s. Nearly 6 million Americans currently live with AD, and these numbers are expected to increase as the baby boomer population ages. By 2050, the number of AD cases could double to more than 13 million diagnosed³.

2. It’s not just about the amyloid.

The exact causes of Alzheimer’s are unknown. It’s a complex disease that isn’t characterized by one single marker.

We note changes in memory, but beneath the surface, the brain is changing. One change scientists have studied extensively is the abnormal deposit of the proteins amyloid and tau, forming what are called amyloid plaques and tau tangles.

Beta-amyloid is a protein with several different forms. One of them, beta-amyloid 42, is considered harmful to the brain in large amounts. This type of amyloid has been linked to AD for decades, as the build-up of it between neurons disrupts cell function².

Tau, on the other hand, is an unharmful protein that is part of the nutrient transportation process in healthy neurons. In a brain with AD, however, tau binds to other tau molecules, forming tangles inside neurons that block communication². As a result of these two products, normal pathways in the brain are disrupted, leading to the memory loss that is associated with AD.

But amyloid plaques and tau tangles are just part of the puzzle. Clinical trials on drugs that target amyloid specifically have not been successful⁴. In fact, many people can have a build-up of amyloid plaque in their brains and never develop AD⁵.

Many scientists are now studying other factors, such as genetics, oxidative stress,  vascular changes, brain inflammation, metabolic changes, and even infectious diseases⁵.

A significant amount of research has been focused on the APOE4 gene, which is associated with increased risk of AD. This exact link between APOE4 and AD, however,  is not quite clear yet⁶. Carrying this gene may increase your risk of developing AD, but it doesn’t mean you have to develop dementia.

Metabolism (think of this as energy processing) is another promising area of research and one that the KU Alzheimer’s Disease Center is proud to specialize in. Some studies have linked metabolic problems to increased risk of Alzheimer’s disease⁷. Damages to metabolic function can especially affect our brain because of the significant amount of energy it requires.

This link between metabolism and brain health has sparked more research to study what types of intervention may be possible in people who are at risk—which is exciting, because many aspects of metabolism are modifiable through lifestyle changes. Exercise, diet, sleep, and other lifestyle factors can have notable effects on our metabolism, associating them with reduced risk of developing AD.

While there is still plenty of mystery surrounding the role of amyloid in Alzheimer’s, we can confidently say that amyloid isn’t the only character in this story.

3. An ounce of prevention is worth a pound of cure.

Medications may be prescribed to help slow the progression of the disease, especially in the early or mid stages, but Alzheimer’s has no cure. As mentioned above, ongoing clinical trials continue to test new drugs. Because of the complexity of AD, it’s a rigorous and lengthy process to develop a viable new drug and test it adequately.

Moreover, some researchers think that the issue could be “right drug, wrong time.” Since AD biomarkers tend to be present before we see memory problems, it could be that new drugs need to be started earlier, before symptoms even emerge.

We’re optimistic that we’ll discover a cure someday, but we’re not there yet. This is why our research volunteers are so valuable. We can’t find a cure without you!

In the meantime, we believe that lifestyle can make a difference. In fact, if we could delay the onset of Alzheimer’s disease by 5 years across the population we could cut Alzheimer’s prevalence by nearly 50%! Lifestyle is one of the most powerful tools we have in our toolkit right now when it comes to brain health. Based on the research, six areas of lifestyle can have the most impact on reducing your risk: physical activity and exercise, nutrition, social engagement, cognitive engagement, stress management, and sleep.

Here are some examples of quick, easy steps you can take to begin your brain-health journey today:

If you’d like to learn more about how healthy lifestyle habits can reduce your risk of Alzheimer’s disease, don’t forget to check out our other blog posts, our LEAP! Brainpower Blueprint book, and our online course. We’d love to help you take charge of your brain health.

Plan a Brain-Healthy Fourth of July

3 Relaxation Techniques for a Resilient Brain